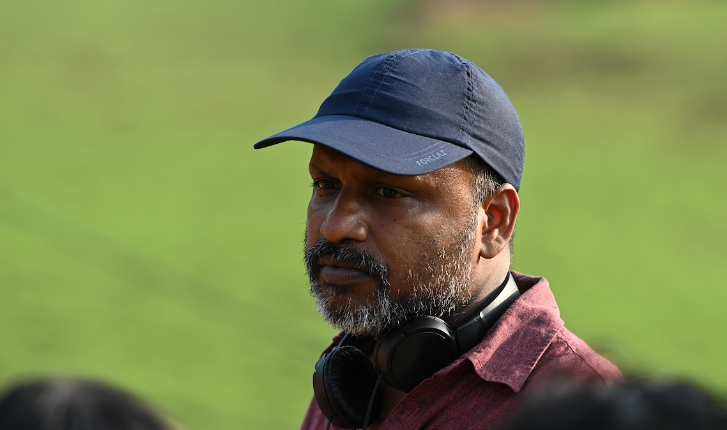 Pada, directed by KM Kamal, had made one of the strongest political statements. Its ripples take us back to the hostage drama led by Ayyankali Pada in 1996. Pada talks about Adivasi land rights that have been challenged time and again. A former journalist and director, Kamal speaks to Abhimukham and discusses his thoughts about its politics and relevance.

From a Hindi movie in 2012 to one in Malayalam by 2022, it has been eleven years. How have these years shaped you as a director?

ID was a completely independent movie in all its sense. My friends of five filmmakers, including Rajeev Ravi, Rasool Pookutty, Madhu Neelakanthan, Sunil Babu, and B Ajith Kumar, were there during the collective phase of the movies. The process of making ID happened among these like-minded groups of artists. Our motive was to form a collective; make and produce movies about topics of our interests. ID could rather be called a ‘no budget’ cinema because ofits craft behind the curtains.

In the journey of making movies, I had a desire to make a Malayalam cinema that would touch people’s lives. I was, in fact, meticulous about the subject of the movie from the start.

In 2014, I started working as the HOD of the Screenplay and Writing department at KR Narayanan Institute of Visual Sciences. It was undertaken by the Kerala Government in the same year, and I was among the founding faculty members. I had always found teaching interesting. As a student of cinema, I could see that my venture as a teacher turned rewarding. Academics undoubtedly prepared the grounds for more research and writing for the next four years.

I started working for Pada entirely in 2018. As we were all hit by the pandemic, the process was also delayed. However, because of the significance and depth of the cinema’s subject, I wanted to devote a good amount of time to it. All these instances made the ten years gap.

Pada is certainly a movie about strong resistance and a tribute to a fierce movement. Do you feel yourself close to its politics?

Pada is about sensitivity, resistance, and performance. The movie has tried to reflect on how resistance to sensitive areas can turn into a performance. Pada clearly talks about the reason behind resistance, the sensitivity around the struggle, and the price that was paid. Pada becomes an absolute thriller because of all these factors with the nature of the struggle it inherently carries.

There wasn’t a need to tweak drama and artificiality as the whole incident that took place at the Palakkad collectorate had strong elements of resistance, sensitivity, and performance. The script could stay close to the history of the event while reflecting on the politics.

What question does the story or characters raise in that cinema? It is clear as daylight, and I find myself really close to its politics. When the law affecting the lives of the tribals in Kerala was being formed in the legislative assembly, had any representatives asked or taken accountability for the altered land rights act? One of the Acts in the Ninth Schedule of the Indian constitution was challenged whilst amending the land rights act, and yet there wasn’t one representative from the tribal community. Has there anything been predominantly done for the tribals? When Kerala Legislative Assembly passed the Restriction on Transfer of Lands and Restoration of Alienated Lands Bills in 1975, it became the first state in the country to do so. However, there was a significant challenge being posed.

In 1957, International Labour Laws had passed an act that called for the protection and safeguarding of the tribals and semi-tribal population of independent states. The act assigned the governments with primary responsibility for coordination, arrangements, and actions for the indigenous population. Despite such a strong international law, none of the governments in Kerala stood with the Adivasi population and added new clauses for the vested interests. In 1996, another act dismantling the rights of tribals over their land was passed by the Kerala government. This was revolted and questioned by Ayyankali Pada, and I conform to it. The bitter fact that none of these laws is questioned pains and angers us. Pada was birthed from this frustration and struggle.

Pada is a heavily researched movie with an uncompromised touch of reality. How has the process been?

The background research for Pada started in 2018. When we initially spoke to writer RK Bijuraj, my requirement was to connect with the real people behind Ayyankali Pada. In that process, I was able to meet MN Ravunni, Ajayan Mannur, VilayodiSivankutty, Kallara Babu, and KanhangaduRameshan. Speaking to them opened the window to the event that had led to the hostage incident of 1996. The next step was to talk to people who had a different perspective. The retired Director General of Police, Jacob Punnose IPS, had helped me a lot in collecting details. The National Security Guard was then under his responsibility. As the IG of the North Malabar region, his actions were pretty vigilant, and his experiences also added to my research. CP Nayar IAS, who passed away recently, has also contributed to my study about the incident. I had also interviewed YR Reddy IAS and his family at his official residence in Hyderabad, where they shared their experiences. Justice RajappanAchari, the mediator of the entire event, had suffered great losses because of reaching an agreement after the event. His family members had shared his encounters which brought my research to an entirety.

Coming to the media of those times, we had documented stories that revolved around the controversial days. Print and digital archives of Malayalam newspaper Deshabhimani and Kerala Media Academy were thoroughly studied and referred to without any fail. Asianet became the first independent television channel in 1994. Their digital archives also helped us in getting knowledge and answers to our questions. There was indeed a pressing need for the truth to be shown from all angles. I ensured that a similar sensitivity was continued throughout my script so that the real message could be delivered to the people. For this reason, the story seems closely knitted to each character.

How relevant do you think is Ayyankali Pada and their politics today? Do you think a movie about them would elevate their significance?

Ayyankali Pada was an organization prevalent in the ’90s, and it no longer exists. However, the question isn’t about the politics they believed but the one they raised. The same language is spoken even by the Dalit-Bahujan and Tribal communities here. Ayyankali pada and the cinema shows the resistance and struggle of every marginalized section of society.

Movies speak politics, certainly. Can we see you turning your art into a politics of dissent?

Indeed, it is an art of dissent because these ideas emerged from the questions we put to every other government. Hence, these concepts carry a lot of political weightage and significance.

Even while underlining the event’s historical dissent, its prominence in today’s politics can be given a thought. Today, the politics of dissent is being challenged the most, and we wanted to exhibit it through our cinema.

What do you think about the reception of the movie? How sensitive are Malayali audiences in general about land and caste politics?

I am happy about the film’s reception as everybody who went to the theatres to watch the movie had loved it. There were rounds of applause after every show, and that I felt was one of the most rewarding yet distinctive gestures the movie can get. The claps are indeed a sign of solidarity. Lately, after its release on the OTT platform Amazon Prime, I am overwhelmed by the reviews Pada has been getting from pan-Indian and international audiences. It ranks second among the trending cinemas on the platform. What made it even more thrilling was its appreciation among the circle of real people associated with Ayyankali Pada and other eminent personalities from RajappanAchari to YR Reddy. I think it is the sensitivity that has caught the attention of everybody, and as a filmmaker, all these factors are a matter of fulfillment.

Coming to the question of caste, I think the society here has always turned its back on this matter. Here, wealth and power distribution correlate with caste, and the benefitters have restrained from discussing the marginalised sections. That is one prime reason why Malayalam cinema always reflected Savarna values and culture. The oppressed sections, including the Dalits, Adivasis, and Bahujans, were portrayed in merciful and vulnerable conditions in mainstream cinema. However, even if it isn’t premeditated, I think these narratives have been challenged in the last two to three years, welcoming a positive change.

What can we see you working with up next?

I have planned two more movies for this year. One starring Joju George can be expected by the month of May or June. Another one with Kunchacko Boban as the lead could reach the screens in September or October.