“Jammu Kashmir: They make a desolation and call it peace”

The abrogation on August 6 of Article 370 and 35 A, that provided special status to Jammu and Kashmir, received a mixed response. While politically the decision has been hailed by several parties, Apart from the house arrest of former Omar Abdullah and Mehbooba Mufti, there have been reports of prolonged curfews and clampdowns. CPI(ML) Politbureau member Kavita Krishnan visited the Valley, along with noted economist Jean Dreze, and activists Maimoona Mollah and Vimal Bai, to study the situation there. Comparing the situation in Kashmir to a prison, Kavita Krishnan tells Kavya Kamal that she and her team were denied permissions to screen the photos and videos they took during the five-day trip and about how the media and the government have denied Kashmiris their rights in a detailed interview.

The recent visit made to Srinagar and parts of Kashmir was there in the limelight on social media and other platforms. Could you explain us the situation sustaining in the valley based on your observation?

We found Kashmir to be a prison. The ordinary people of Kashmir, as well as activists and leaders were all imprisoned. Even in prison, prisoners are allowed to move around for short durations, “celebrate festivals” etc. The same is the case with Kashmiris. The govt denied there was curfew – yet people could move about only with “curfew passes”! On every other street there was barbed wire, and CRPF checkpoints everywhere. CRPF personnel armed with guns and pellet guns were everywhere. Cars, taxis and autos are able to move only in some limited parts of the city, at limited times. So we mostly had to walk about. We were able to travel outside Srinagar because some cab drivers were willing to take a risk of traveling only along the highways. Inside towns and villages we again ventured on foot. When stopped at CRPF checkpoints, we made some excuses and told some fibs. However, this visit and the reports published was not given much attention by the government or any other responsible body for that matter. How do you feel about it?

We don’t expect the Government to respond, actually – except perhaps to try and punish us for speaking out. The Government tried to pressurise Press Club of India into preventing us from screening our photos and footage. The Government is doing all it can to suppress the truth. We found that the PM is trying to discredit all the critics of his Kashmir policy as “pro-terrorist” or “pro-Maoist.” But this tactic will not work. Just because we are not pro-Government, does not mean we are against our country or pro-terrorist!

Like it has been said in the report, there is distress and ‘silence at gunpoint. ‘According to you, where has it all gone wrong in the valley?

The Kashmir dispute cannot be resolved while keeping Kashmiris bound and gagged, or beating and blinding them into submission. Gunpoint may achieve silence for some time, but it cannot achieve peace and justice. Kashmiris crave genuine peace and justice. But it is an insult to their suffering if we call their imprisonment and humiliation as “peace.” The poem by Kashmiri poet Agha Shahid Ali says, “They make a desolation and call it peace.” Let us not call the violent desolation of the Kashmiri people as “peace”.

Like argued by the government and pro government bodies, aren’t Kashmiris happy with the move?

I think the Government and ruling party and their pet media houses know very well that Kashmiris are not happy. After all, if they are happy, why the communication and media blockade? Let them express their happiness! By caging and silencing Kashmir, they are revealing that they know very well that Kashmir is unhappy. Some patriarchal families imprison and silence their daughter and force them to marry a man of their choice rather than the man the daughter loves. They justify such violence by saying “the daughter does not know what is good for her.” The Modi Government is behaving like that towards Kashmir. They say they are disciplining Kashmir for its own good, and they want us to approve. The J&K spokesperson for BJP, Ashwini Kumar Chrungoo, who met us, said this openly: “Just as Nitish Kumar did not consult alcoholics before imposing prohibition, why should we consult Kashmiris before getting rid of Jammu and Kashmir’s statehood and autonomy?” But we – if we care for democracy and want to defend it – cannot justify such tyranny in Kashmir. We cannot say, “we want democracy for ourselves, we don’t want to live in an Emergency, but Emergency imposed on Kashmiris is okay.”

But was not Kashmir considered as an “integral part of India?” Wasn’t it necessary to curb extremism to a greater extent? Why are they opposing the abrogation according to you?

In August 1947, “princely states” could choose to remain independent or to accede to either of the newly independent nations – India and Pakistan. Maharaja Hari Singh, the Hindu ruler of the Muslim-majority Jammu and Kashmir (J&K) chose initially to remain independent. But when J&K was threatened by Pakistani forces and tribal militia in October 1947, Hari Singh signed the Instrument of Accession with India. This legal pact (subject to a plebiscite to give the people of J&K a chance to ratify or not ratify the King’s decision) gave Indian Parliament the limited powers to legislate only on matters of defence, external affairs, and communications of J&K. The Instrument explicitly stated that it did not bind J&K to India’s Constitution.

The glue which finally did bind J&K to the Indian Constitution was Article 370, which promised the state a considerable measure of autonomy. (https://www.newsclick.in/Some-Myths-About-Article-370-35A-Kashmir). As late as 2016, India’s Supreme Court has held that Article 370 is for all purposes a permanent provision (https://indiankanoon.org/doc/105489743/) because only a J&K Constituent Assembly can dissolve Article 370 – and there is no J&K Constituent Assembly for decades now!  So, that glue binding Jammu and Kashmir to the Indian Constitution has been summarily dissolved, without any pretence of democratic consultation or consent of the people or elected representatives of Jammu and Kashmir. That is why the Kashmiri people are naturally outraged. The Modi Govt says that the J&K Legislative Assembly is equal to J&K Constituent Assembly – that is a lie. But even the J&K Legislative Assembly was dissolved in 2018 and fresh elections have not yet been held! So the Modi Govt says the Governor of J&K – a central government appointee – represents the J&K Legislative Assembly and therefore the will of the people of J&K! This whole thing is absurd. And it is an attack on India’s federal principles of the Constitution.

Was Article 370 pampering Kashmiris? In reality, Article 370 had been, in the words of Constitutional scholar AG Noorani, “reduced to a husk through political fraud and constitutional abuse.” (https://frontline.thehindu.com/static/html/fl1719/17190890.htm) Noorani said, “Those who cavil at Article 370 of the Indian Constitution and the “special status” of Kashmir constitutionally ought to remember the “special” treatment meted out to it politically. Which other State has been subjected to such debasement and humiliation?” Which other state of India has had its leader (Sheikh Abdullah) imprisoned for two decades? Which other state has only been able to have state governments that are client regimes of New Delhi? Which other state of India has mass graves where thousands of custodial killing victims are buried — without a massive outcry in the media and Parliament?

Still, with all its weaknesses, Article 370 still represented the promise of autonomy to the Kashmiri people. Had that promise not been made in 1947 and 1949, it is simple: Jammu and Kashmir would not have chosen to accede to India! The promise of autonomy was the basis of the accession. With that promise now gone, the bridge between Kashmir and India is now formally gone. All that remains is open, brutal military control over people.

It has been argued on various international media that Indian media has not been showing the real conditions of the valley. What do you think about it?

Yes, most of the Indian media has been acting as an instrument of the Central Government, or at worst, a propaganda tool for the BJP and the Sangh, spreading hatred against the Kashmiri people. And such media coverage is a huge factor in fostering mistrust and distance between Kashmiris and Indians.

Can this be merely called as a political gimmick or a real arbitrary move?

I have already answered this in detail above. The Modi Govt’s decision of stripping J&K of its status and autonomy is illegal, anti-federal, and an abuse of power. 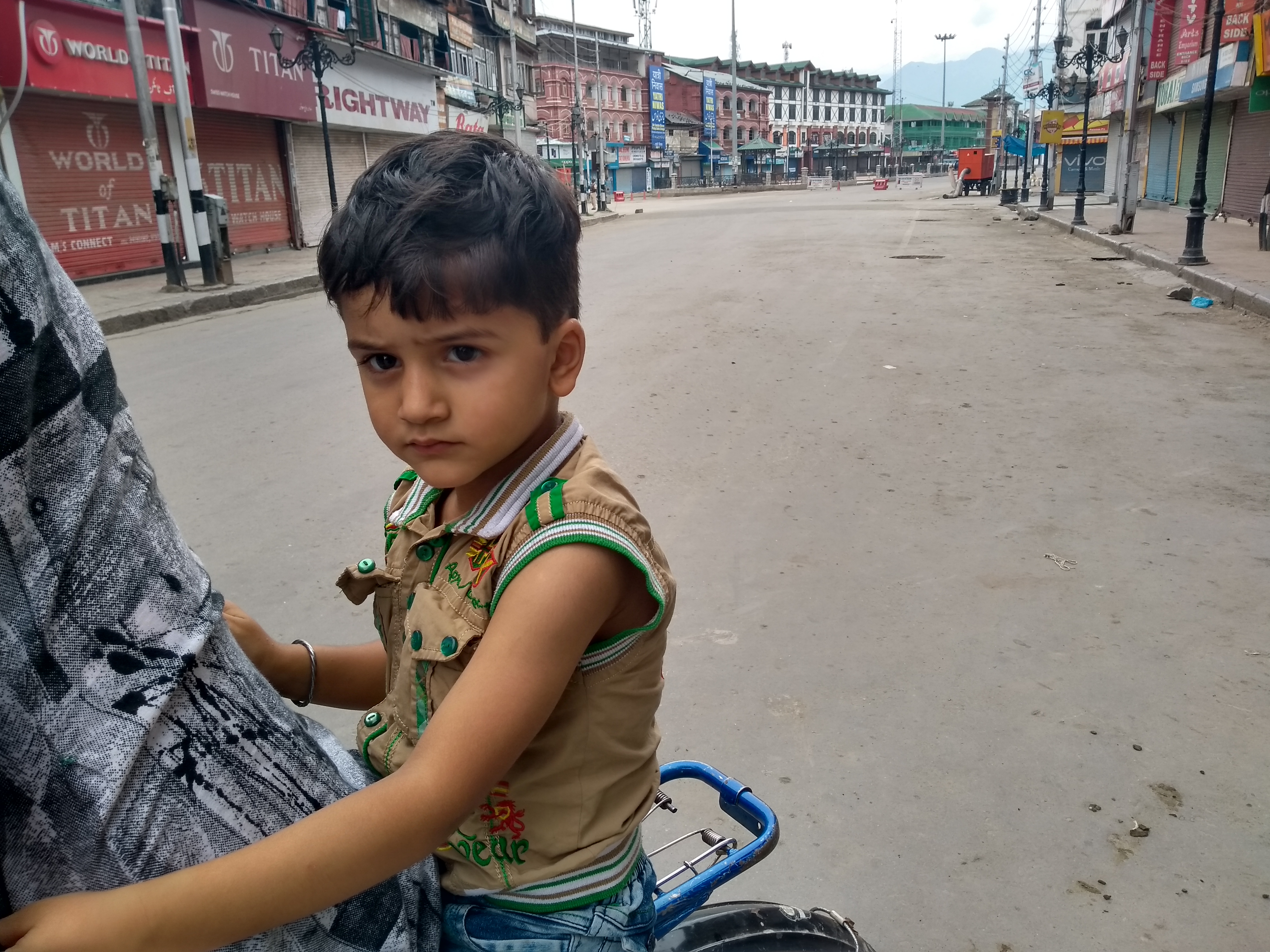 Coming on to the political aspect, we have seen a divided opposition during the revocation of article 370. What message does that give according to you? Was the opposition already scattered or is this a sudden tension?

The Opposition parties that have supported the Government’s move are displaying the worst hypocrisy and opportunism – and this is in fact suicidal opportunism! For the leaders of Delhi and Telangana, for instance, who demand and assert autonomy for themselves (Delhi demands full statehood, Telangana won full statehood) to justify J&K being stripped of its statehood and autonomy; for Nitish Kumar who demands Special State status for Bihar to justify stripping J&K of its Special State status is a shame.

Kashmir has become voiceless with even their representatives arrested. If article 370 is never installed, who do you think would voice them? Will the civil society always reach out to them?

I think that Kashmiris do have a voice. They are speaking. We need to listen to them, with respect. We, the people of India must reach out to the people of Kashmir, must refuse to equate Kashmiris with terrorists, must create spaces for Kashmiris to speak so that we can hear them. 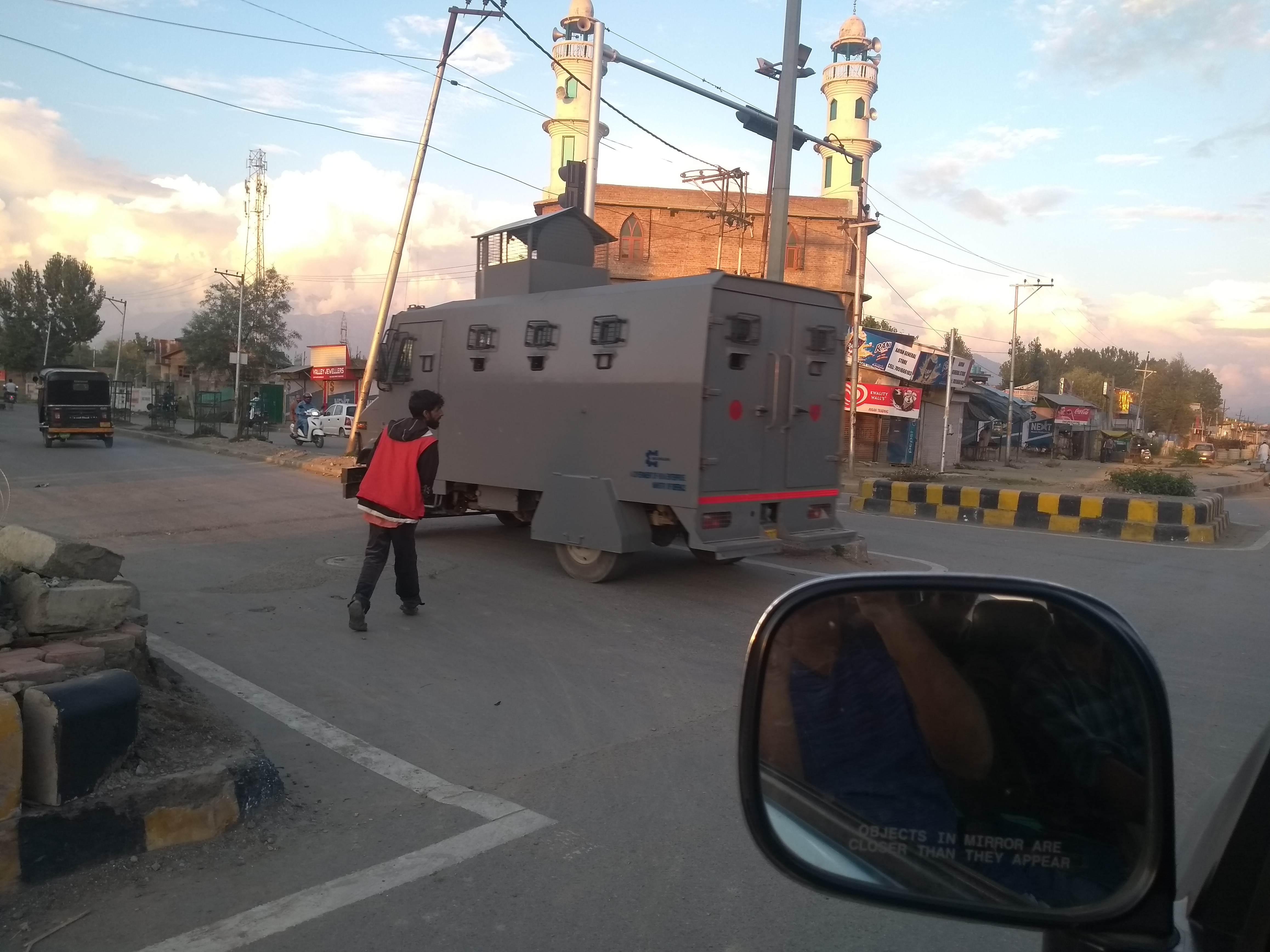 How far are you looking forward to the Supreme Court’s judgment on the same?

If the Supreme Court fails Kashmir at this juncture, if it justifies the Government stance, then it will be a moment equivalent to the ADM Jabalpur judgement of the Emergency era – which has since been universally recognised as a shameful and sorry chapter in India’s jurisprudence. I hope that shame is not repeated. It is the Supreme Court’s commitment to India’s own Constitution and democracy that is on trial, actually.

Can this be considered as a matter of just the Kashmir state? As argued by many, do you consider it as a threat to the whole federal structure of the country?

Yes indeed what has been done to Kashmir should serve as a warning to all Indians. Modi and Shah say Article 370 was a “temporary provision”. Doesn’t their organisation RSS also keep saying SC/ST reservations are a temporary provision? RSS chief has just repeated the same thing. Tomorrow they will abrogate that as well, in the name of “One Nation One Law.” They will do away with democracy and rights in India and lock up all Opposition leaders all over India, as they have done in Kashmir. If we do not wake up now and speak up for the rights of Kashmiris – there will be none left to speak for us when they come for our rights!

Modi Government has a deal with corporates: say…

Jammu and Kashmir: The only way forward to peace is a…