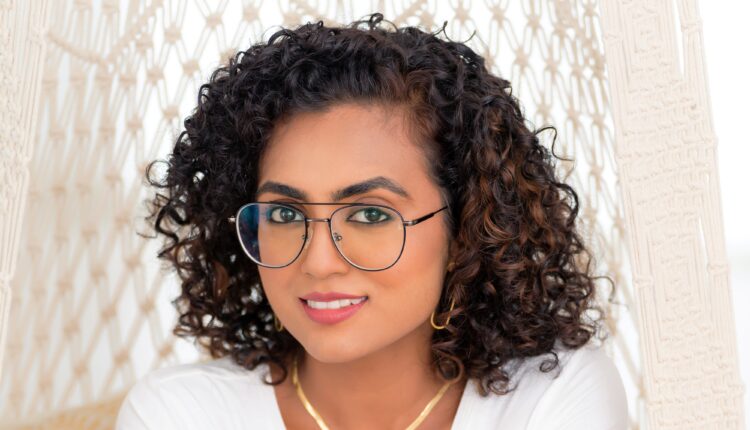 Sex educator, first internationally certified lactation counsellor in Coimbatore, Certified Behavioral Profile (CBP) analyst, and an Instagram influencer, Swati Jagdish, also known as Mayas’ Amma (@mayas_amma), has carved a niche through her classes on sex education, menstrual hygiene, postpartum depression and the like. Her engaging Instagram posts and YouTube channels have helped many expecting parents get a clear perspective on parenthood. She talks to us about what really constitutes sex education, why we can and should discuss it freely with children and bridging the urban-rural gap.

Sex education in India is seen as a difficult concept by many mentors and teachers. Chapter 9 in the NCERT textbooks was often finished in a ‘blink and miss’ instant! What do you feel is the difficulty in imparting the same?

People are actually not very aware of what constitutes sex education, leading it to be a tricky and touchy subject. It is often confused with sex. However, this is just one among the many aspects that fall under sex education. I am sure that a lot of confusion can be cleared once people educate themselves about the other topics in this umbrella term.

I feel it is like the term feminism. A vast majority still do not understand that it is for everybody.

If somebody can explain sexual health education comprehensively, I am sure that the problematic aura around this topic would vanish.

Another essential point I want to clarify is that sex education should not be limited to biology textbooks. That reduces the whole subject to the process of reproduction.

People and families usually roll their eyes when it comes to the critical topic of sex education. Has it been a problem in your family? If yes, how have you dealt with it?

I have never had any issues with the general public or my family, because I have always been into campaigns for breastfeeding awareness, menstrual hygiene, parenting, pregnancy, abortion, post partum depression and the like. I have always been associated with the so-called taboo topics. My friends have seen me doing this for a long time, and we run the parenting group called the Coimbatore Parenting Network. We have shared the same interests and journey.

My family too, have never raised any objection about what I have done so far. However, the people who follow me on social media might not quickly understand what I am trying to convey. People sometimes end up trolling me or sending me a negative dm because of this. But, people in my circle completely resonate with what I do.

Indian parents often see imparting sex education as a matter of shame and nervousness. Is it a very complex issue or are we complicating it?

Imparting sex education is not as difficult as people think it is, and that is exactly what I try to explain in my three-hour workshop for parents. By the end of it, parents are usually confident enough to start discussing sex at home.

It is again not a complex thing to be understood. Our everyday lives can be used as an example. For instance, if a child says no to a plate of food, how many parents respect that? We don’t usually see that happening. Similarly, how many parents sense when a child is not comfortable with the guests in their homes.

Therefore, understanding boundaries, and making a child feel comfortable and safe are also a part of sex education. I explain this to parents through everyday experiences.

When did the idea of becoming a sex educator first strike you?

Like I said, I was already into campaigns and workshops on breastfeeding awareness, childbirth, parenting etc. Nevertheless, the idea struck first when parents started to ask questions about their child’s curiosity. Around that time, I started to realise that Maya, my daughter, had also begun to ask similar questions.

Those days, the people and the society were shaken by an incident in Pollachi, close to my hometown, where a group of nearly 200 girls were lured into an illegal sex racket. When such happenings take place near you, it disturbs you. That was when I used to get questions from mothers. It also made me realise that women themselves lacked understanding about their anatomy, and it starts with sex education.

Therefore you see many things that I have been doing from the very beginning culminated in becoming a sex educator. It was a step by step procedure.

Maya has many fans among netizens. We see her not shying away from topics that are usually seen as embarrassing. In such a social set-up, how do you think Maya is going to break the notion? Like her, do you think it will be easy for other kids to understand the nuances of sex education? How can it be handled with safety and finesse?

It is not as difficult as we think. To be honest, I chose this path to make complex terms and concepts understandable to ordinary people. Initially, when I read and did research, it wasn’t easy to understand the basic concepts, even though I was active with breastfeeding campaigns and the like. It again made me realise how the people whose lives do not revolve around these topics would understand the pivotal subject of sex education. Therefore, breaking puzzling concepts into easy-to-understand matter was also a push, because I wanted things to be easy and doable for parents.

That is one reason I do videos with Maya; I want parents to understand that it is easy and workable. I put it on the internet to make parents aware of our way of talking, and show that we do not have to be hush-hush and secretive about this conversation. You can indeed open up to your child like this, and I wanted to be that example.

Thousands of people on social media keenly observe your educational posts and videos. But while the urban population is engaging with your content, rural areas give little to no attention to sex education, how could that gap be bridged?

I get this question quite often and I have a standard response for this. We make sure that every opportunity is utilised by us and try to reach out to whomever we can.

I think everybody has a limitation to what they do. My strength is to take classes in English and a couple of other regional languages whilst focusing on the urban crowd. I am not associated with government workers or self-help groups, but I put all my energy into this work.

We arranged a campaign with the Rotary Club for the Public Health Centres in and around Coimbatore, for example. We were connected to four PHC’s during the World Breastfeeding Week in early August, and our Coimbatore Parenting Network representatives went to these four PHCs for the session. However, there were hardly 10-15 women attending the same. On the other hand, we could talk to hundreds of people when we approached colleges and corporates.

Today, people who have internet connections in rural and urban areas can access the classes; that is our target and that has been working very well. That is what I mean by saying I do the best I can. In my case, it works better to provide classes through Zoom, which reaches hundreds of people , rather than to travel and attend to a few.

Secondly, we see the rural population consuming products like Cerlac or formula milk. Whatever the urban areas consume is being traversed to the rural areas also. When I was a part of such campaigns during my college days, I could see such products in the remotest villages and shops. Similarly, once the urban population is empowered enough, it will trickle down to the rural spaces. That is one significant realisation I have had over the years. On the other hand, I know many erudite young sex educators who are engaging themselves with the rural areas and spreading the word. I think it is just a matter of time.

What is that one thing you would love to share with mothers all around the globe as a sex educator and lactation counsellor?

Well, I have a lots of input when I think of myself as a lactation counsellor. The first thing I want to tell all the mothers is that when you are pregnant, make sure that you attend antenatal classes and get a basic understanding of how lactation management works. It can help mothers to figure out when the baby doesn’t latch or moms do not produce milk. Breastfeeding awareness and classes are essential as it is not going to be an easy job for many people for several reasons. Also, make sure that these classes are attended by your partners so that both of you can understand and rectify things from going wrong.

Secondly, do not provide your babies with formula milk bottles, because of breastfeeding concerns. Going to a lactation counsellor can address these.

Thirdly, breastfeed confidently anywhere and everywhere. Breasts are made to feed your young ones, and that is the sole purpose of that organ, and it is only secondarily a sexual organ. You are doing what is intended to be done. Therefore, be confident and brave to breastfeed wherever you can because finding a feeding room might be difficult in some instances. Be a part of breastfeeding support groups so that it becomes easier for you.